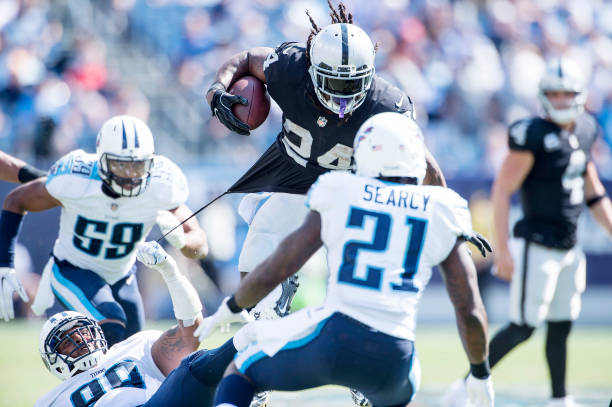 Last week was uh… rough. Though, it’s not really my fault. There were some crazy upsets. The Jets blew their momentum against the winless Cincinnati Bengals, the Dolphins upset the Eagles, Drew Lock witnessed the Chargers finding new ways to lose, and we may have seen the end of the Patriots as the AFC’s elite. Of course, this was the week I gave someone betting advice.

This is the season for Dallas. The Eagles are putrid, but they also have the NFL’s easiest schedule, and one of these garbage teams needs to take the division. If the Cowboys lose this one, Jason Garrett should be fired on the spot. In a world where owners hire competent coaches, we get Dallas and Cleveland in the Super Bowl.

Man, it’s impossible to figure either of these teams out. On any given Sunday, Christian McCaffrey can ball out and take over games, just like on any given Sunday, Julio Jones and Matt Ryan can go off. It’s a coin-toss, but the Falcons are at home, and it’s a lot easier to come back from a deficit through the air than on the ground. Not to mention, the Panthers just fired their head coach, so who knows what they’re going to come out with on Sunday.

Man, is it just the NFC South? The Bucs are unpredictable too. They have a decent run defense, and on any given Sunday, Jameis Winston is the ultimate Jekyll and Hyde quarterback. Sometimes he’ll give you 300 yards and four touchdowns, sometimes he’ll throw four interceptions, and sometimes he’ll do both. That kind of unpredictability makes the Bucs hard to pick, and the Colts are well-coached and still borderline playoff contenders.

Nobody who spends most of their time in Florida wants to spend a minute in New Jersey this time of year, especially in windy, cold Metlife Stadium. This could go either way, but I give the edge to the Jets at home.

It’s a day ending in Y, so my unmitigated hatred of everything San Francisco 49er is influencing my decision. I also just really, really want them to slip and miss the playoffs altogether. WHO DAT?

The Minnesota Vikings are so, so, so much better than people think they are. How many teams could be down as many points as they were to the Seahawks in Seattle and still come back to make it interesting? If Dalvin Cook is healthy, there aren’t many teams this squad can’t beat.

So Drew Lock got his obligatory rookie momentum win, but that momentum comes to a screeching halt in Houston, where they just made the Patriots look foolish a week ago.

Betting against the Baltimore Ravens at this point is a fool’s errand. They’re the NFL’s hottest team and Lamar Jackson is making it hard to think anyone else brings home Offensive Player of the Year or MVP at the honors this year. Meanwhile, I just don’t buy Josh Allen. Josh Allen is who everyone thought Lamar Jackson was.

I think the Cincinnati Bengals are a badly coached team.

Oh yeah! A team with a losing record, at home? That’s Aaron Rodgers‘ favorite! Packers roll and we keep pretending they’re one of the NFC’s best teams. Poor Dwayne Haskins. He’s out here fighting for his life.

As thrilled as I am for Star Wars: Episode Six- Return of the Stache, I just don’t trust this version of the Jacksonville Jaguars. I think the franchise needs to do some big-time cleaning this off-season, starting at the top and working their way down. Unless Gardner Minshew brings the magic back and the Chargers do that Charger thing where they implode, I think the Jags lose.

Hey! It’s a Super Bowl rematch! I don’t think anyone from those teams is going to play in this game, but that doesn’t change the fact that it’s a SUPER rematch! A super rematch that Mike Tomlin’s Steelers are going to win. If the Steelers make the playoffs, Tomlin should be in the conversation for Coach of the Year. No Ben Roethlisberger, no Le’Veon Bell, no Antonio Brown, starting some quarterback nobody’s ever heard of, and they’re firmly in the playoff hunt. Unreal.

Miss me with any Raiders hype. Derek Carr is running out of gas, the Titans are red hot, and Derrick Henry is going to eat this defense alive. Even in the Coliseum, it’s hard to be optimistic about this season anymore, as the Oakland Raiders will go out with a whimper, not a roar.

This is a crazy pick from a crazy person. I know I’m supposed to jump on the end of the world Patriots bandwagon, but I’m not sure I trust the Chiefs. Sure, they beat up on the Raiders, but… they’re the Raiders. The Jets beat up on the Raiders, and they just handed Cincinnati their first win. The Patriots defense is better than people think it is, and they can contain Kansas City’s best weapons and exploit a bad defense.

If not… then maybe we do need to start talking about the end of an era in the AFC.

Man, the Eagles BETTER win this one. They have a great run defense, and all the Giants have is a great tailback. If they lose back to back games to dreadful teams, then we’re really going to be disturbed by whatever is happening in Philly.