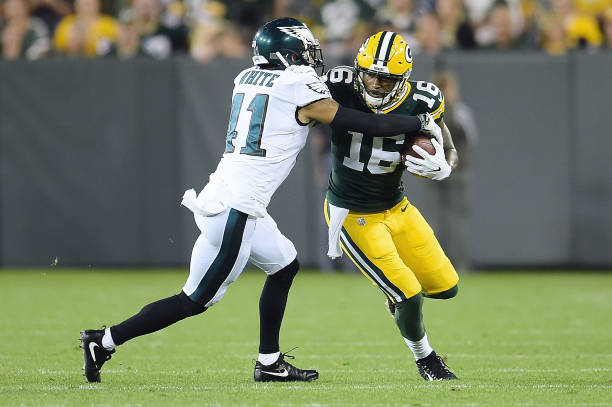 In week three, I actually improved my success from the first two weeks. This is unprecedented for me because I usually fall behind early and spend the rest of the year trying to catch up. Right now, I’m picking at around 74%, and there’s no way I can sustain it, but I’ll try anyway.

That’s right, I’m getting my LOTW out of the way early, and picking against a team that is on many team’s Super Bowl shortlist. I just think the Green Bay Packers have momentum on their side, they’re at home, it’s primetime, and it’s a short week, all-the-while, momentum is hindering the Eagles. Plus, I can only pick the same team twice, so if I can pick a good team? I’m gonna do it.

I’m sick of the Daniel Jones hype already. One good game against an objectively bad Tampa Bay team and people want to crown him the king of New York. Some of us remember Mark Sanchez, Brett Favre, and Chad Pennington’s time as the passer that would save New York, and aren’t so easily fooled.

God, I can’t figure either of these teams out. The Falcons have so much talent on paper that I just can’t figure out why they keep losing. Oh well, this game is in the dome, so maybe they score enough points to beat an underwhelming Titans squad. Seriously, what’s so complicated about throwing it deep to Julio Jones?

If you lose to the Miami Dolphins, congratulations, you’re part of the SEC now.

The Raiders are lost. After a really strong five quarters to start the season, the Raiders have looked absolutely putrid. They can’t move the ball on offense, they can’t cover anyone on defense, and the team that beat the Denver Broncos on Monday Night Football look more and more like a fluke. Meanwhile, the Colts have recovered from losing their starting quarterback, starting the season 2-1. It’s a pretty strong possibility that the Colts run away with this one.

With Cam Newton, the Panthers might have a chance in this once, but without him, in Houston? Forget about it. Texans roll as they start to establish themselves as the best team in the AFC South.

Are the Detroit Lions the New England Patriots? No? Then I probably don’t have to explain this pick.

Even though we’re only in September, make no mistake, this game has playoff implications. Baltimore is off to a hot start and the Browns… well… aren’t. Maybe they’re experiencing growing pains, maybe Freddie Kitchens isn’t up to the job, but this unquestionably talented team is still figuring things out.

I desperately wanted to take the Buffalo Bills. I love their defense, and I think there’s a real chance they even make the playoffs. But the Patriots are too smart, and they’ll find a way to put up points against Ed Oliver and the Bills defense. Meanwhile, I just don’t trust Josh Allen to play mistake-free football.

The Seahawks got punched in the mouth by the New Orleans Saints last week, so they’ll be hungry for blood. They learned their lesson about overlooking an easily beatable opponent, and they’re not going to show their division rivals any mercy.

Maybe if this game were in Minnesota, it would be different. On a short week, I could see the Bears dropping an ugly game to the Vikings. But they looked so dominant on defense against the Washington Redskins, and they won’t roll over like the Oakland Raiders did.

What an ugly game. I’m literally picking the Jaguars because their defense still (as of this writing) has Jalen Ramsey, and neither of Denver’s star pass rushers have made an impact at all this year. Gardner Minshew beating Joe Flacco in Denver. What a world.

What a great game this could’ve been. If only Drew Brees had stayed healthy, we could’ve gotten a great showdown between two NFC contenders. Instead, I fully expect the Dallas Cowboys, aka the NFC’s best team, to get a huge win in the Superdome (brother).

The Pittsburgh Steelers have had a rough, rough start to the season. They’re 0-3, an AFC North division title looking less and less likely, and Mason Rudolph does not look pro ready. But… they do play better at home, they know they can’t drop this game, and it’s not like the Cincinnati Bengals are world-beaters. However, if the Steelers lose here, expect those anti-Tomlin calls to get louder and louder.