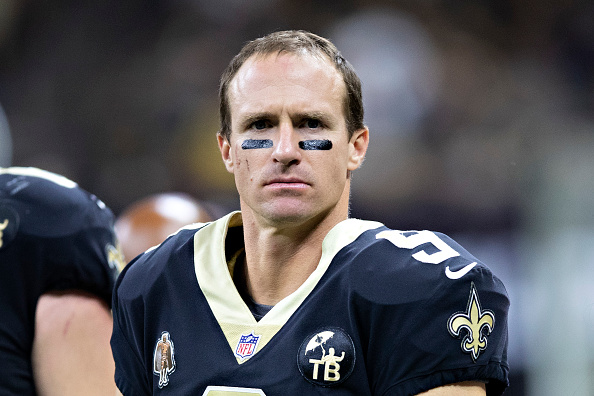 The football season is finally kicking off, and there are eight division championships up for grabs. When the Sports Stack team did their divisional picks, I noticed something interesting. Of all eight divisions, only one division had more than three teams selected. That division? Well, that division might just be the best in football, the NFC South.

The NFC South Is the Best Division in Football

Last year, the NFC South was the only division in football that sent three teams to the playoffs. The New Orleans Saints, Atlanta Falcons, and Carolina Panthers all made it to the post-season. Last year, the division went 37-27, the best record in football, and that’s carrying the Tampa Bay Buccaneers and their 5-11 record. But here’s a team by team breakdown of the division.

Unfortunately for this article, and the sake of their fans, the Tampa Bay Buccaneers aren’t very good. There are questions about whether quarterback Jameis Winston is actually a franchise quarterback as is, and his three game suspension certainly doesn’t help. Mike Evans is great, and there are some pieces on the defense, but it’s hard to imagine this team making much of an impact in 2018. However, not all is lost for Tampa Bay fans, at least they weren’t the ones that gave Jon Gruden a ten year, 100 million dollar contract.

Two years ago, the Atlanta Falcons were on top of the world. Matt Ryan was the league MVP, the Falcons were NFC Champions, and if it weren’t for Kyle Shanahan losing his mind and Tom Brady doing Tom Brady things, they would’ve finally snatched the illusive Lombardi Trophy. Calvin Ridley joins an already loaded offense, and hopefully, the dirty birds return to form in 2018.

The Carolina Panthers won 11 games last year, and they only got better this off-season. Cam Newton finally has some weapons with the additions of Torrey Smith, Jarius Wright, and rookie D.J. Moore, and new offensive coordinator, Norv Turner, should help gets the best out of all of them. After being hampered by asinine play-calling last year, first round pick Christian McCaffrey should finally step into his role as the team’s featured back, and the Panthers should be a real threat in the NFC this season.

The New Orleans Saints are my pick to win the National Football Conference in 2018. I’m serious, I think this team is really primed to make a run. They have a great mix of veteran leadership and talented young players, and they were one fluke play away from the NFC Championship only a year ago. Drew Brees and Michael Thomas are back, Alvin Kamara is poised to pick up where he left off last year, and the defense still features the likes of Marshon Lattimore and Cameron Jordan.

Does anyone disagree with me? Is there another team in football that can hold the NFC South’s crown? Does Khalil Mack elevate the NFC North? Does Andrew Luck‘s return make the AFC South a contender? What about the wild, wild AFC West? Let us know in the comments below.